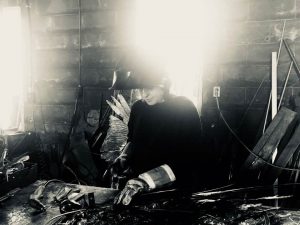 Many humans see the world through a dualistic lens; beautiful|ugly; black|white; strong|weak… From this perspective, everything in the universe seems to have a direct opposite, everything seems to be disconnected. Could this vision of the world be a plausible lead to understanding the meaning of life? To deepen the reflection on the subject, let’s consider the dualism in an image of opposition that we all know well: that of a sunrise and a sunset. The phenomena seem very real, and yet, the observation is an illusion. The sun does not rise, nor does it set. It is the direct result of the Earth turning. What we believe for certainty is in fact an impression. It is a consequence more than a fact, a phenomenon that we interpret falsely, a matter of scale and perspective. Opposites are forceful conceptions that can weigh upon our mind.

Five hundred years BC, the Greek philosopher Anaxagoras[1] wrote: “Each thing is in each thing.” This global vision, despite appearances, does not stand in opposition to dualism. Instead, it complements it. And this is the vision that reflects well what motivates Marie‑Josée Roy as a multidisciplinary artist and as a human being.

Marie-Josée Roy practises the discipline of visual arts using two art forms: painting and sculpture, which are not distinct entities [realities]. These art forms are linked to one another, to the artist, to her environment, to the matter itself, to the viewer, to all these particulars at once. The common denominator between these two art expressions is metal, a material for which Marie-Josée discovered an instant affinity almost 25 years ago, at the beginning of her professional career.

Over the years, Marie-Josée has adapted with ease to the technique and has acquired a feeling of familiarity with it. This level of comfort that she has acquired through experience could have been an end in itself, especially since mastering a trade is an ambitious and noble goal to realize. However, for Marie-Josée, the dexterity she has acquired has become a lever allowing her to deepen her understanding of what aestheticism is and, by extension, to further her sense of meaning.

Imbued with a sense of poetry and spirituality, her art gives life to spaces rich in symbolism. With regard to her paintings, the distinguishable shape, usually the human figure, originates from photographic transfers, which she laces with vivid abstract work. The way she places her subject on the surface, in a setting where statism and movement interact, brings to mind an alleged complicity.

As to her sculptures, the human figure still dominates in form, although somewhat stylized, and where recognizable elements, such as feathers, wings, roses, roots and branches come and nest. Overmultiplied stems and rods and even lights… These heterogeneous bodies plunge the viewer into solemn, powerfully symbolic atmospheres. Enigmatic, the result gives way to an interrogation rather than offering an explanation, as the artist does not reach a conclusion, but raises somewhat poetic questions set in a physical realm. The one we certainly perceive, but even more so the one we feel. The visible not being a notion frozen in space.

Through her paintings and her sculptures, Marie-Josée seeks to express a measurement of density with a simplicity of means. She admits to being captivated by Pierre Soulange’s strokes. “With a single gesture, he gives rise to an expressive force that binds everything together.” And these words from Jean-Paul Riopelle could just as well have been her own when he says that there is no abstraction; there is only expression: “to express oneself is to place oneself in front of things. Abstract means removing, isolating, separating, while I aim on the contrary to add, approach and bind.”[1] [free translation]

This need for openness and globalization leads her naturally to work in collaboration with other artists. Since 2010, Marie-Josée has invited Jérôme Prieur to chime in and work some of her paintings with his burin. The patterns he engraves on the metal plates bring, through a sense of accuracy and delicacy, an aesthetic dimension and becomes one with Roy’s oeuvre. As to her sculptural work, she has teamed up with Jeff Alarie, particularly for vegetal motifs, Yann Normand, and – one cannot forget – the photographer Martin Rondeau. This connectedness, brought in juxtaposition with the spiritual dimension of the works, is somewhat reminiscent of Romanesque art, where collaborative spirit served as a driving force or, at the very least, as a reason for being.

Developing a global artistic vision to such an extent, as Marie-Josée has done, is extremely rare in the current world of visual arts. Jordi Bonet and a few others have pursued such an approach. This places this unique artist in a class of her own. An artistic process that seduces as much as it raises queries. A high art form that blends into the passage of time.